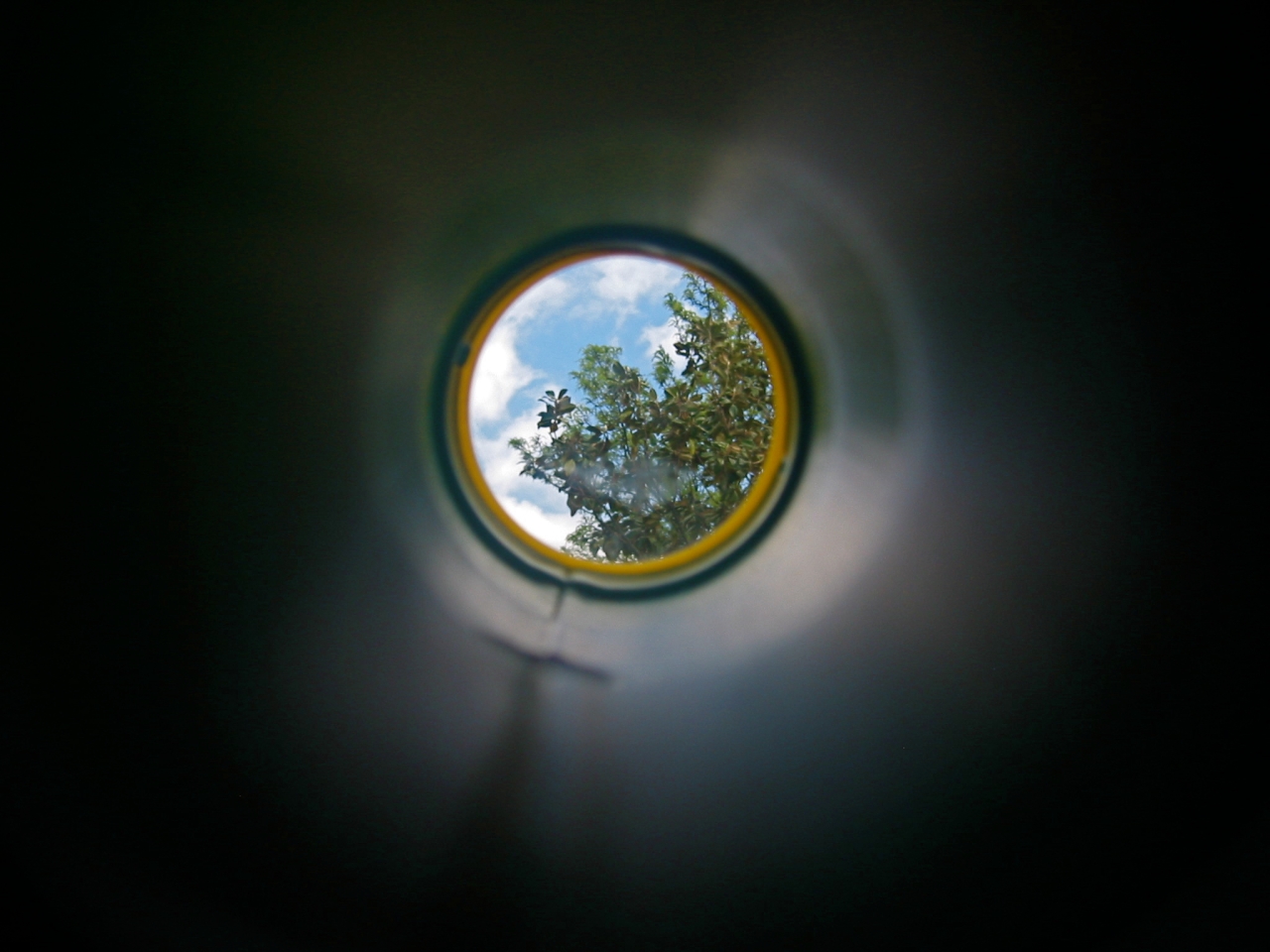 Give a child a camera and the barest instructions on how to operate it, then set the artist free. The results will be mixed, but informative, and sometimes astoundingly deep. Consider what one child deems worthy of a photograph: his own shadow in the clover, the delicate flower of chickweed, an ant hill, rocks, slugs, his favorite squirrel in the back yard, and, of course, his brother’s nostril. Even the child photographer’s “mistakes” in camera operation often lead to magical photographs: a tree seemingly aflame in the sunset caused by an unsteady hand, or a ghostly shadow of the young photographer running past his own camera as he attempts a self-portrait without turning the camera around. “How did I do that?” the child asks. Your answer can be technical, scientific, or even philosophical. Either way, the child’s mind grows.

The photo featured on this post was taken in 2010 by a kindergarten student  (who graciously granted permission for the photo’s use here), and won second prize in his school’s Earth Day photo contest. He climbed the tall ladder to his clubhouse, clutching the camera, stopped at the top and looked around. He snapped a few photos, but wasn’t satisfied with the view. So he looked through the plastic toy telescope attached to the clubhouse and looked around some more. Then he put the camera where his eye had been and snapped away. The result was perfect for Earth Day, for the view of the sky and trees through his little telescope came out looking like Earth seen from space. He was thrilled with the photo, which prompted one adult viewer to wax (sarcastically) academic about the self-reflexive act of photography and how this photo conjures imagery of Galileo in Milton’s “Paradise Lost.” Hmm.

But the photo results aside, taking a photograph requires a child to be present in the act of looking and to focus on the subject in a very specific way. At the American Horticultural Society’s 2012 National Children and Youth Gardening Symposium, Cindy Tyler of Terra Design Studios, and  Thelma Redick of the Wildlife Habitat Council suggested a camera-free idea attributed to Molly Steinwald of Pittsburgh’s Phipps Conservatory and Botanical Gardens. Give a child a square of white paper or cardboard with the middle cut out and set them free to explore the garden or woods or other outdoor area looking through the frame as if it were a camera. Even such a simple device will cause the child to focus and see differently, as they would with a camera. The view may show a part of the whole, like the bark of a tree, or a bug on a leaf, a patch of fungus, or moss on a rock. The focus frame can also be used to look at far away scenes, as with the featured photo on this post. The child’s mental focus is sharpened. Have the child describe what is inside the frame. This simple exercise begins to develop the eyes and mind of a scientist, artist, and possibly even a philosopher.